This issue is heating the SDA church up.

My opinion as a former Adventist about the SDA crisis of Women's Ordination:

Okay, first off, understand my heart is really in this for them. I think this is a pivotal time and I am praying about this. I love my Adventist brother and sisters in Christ. This is not coming from a point of anything but truly wanting them to unify with the entire Body of Christ. I want the best for them.

So, some philosophy for a minute. I have read over and over where Adventists who are pro-Women's Ordination that think people who don't want it are being old and stodgy. And visa versa. They say unity above everything. They mock those who feel so passionately about this one way or the other that they are willing to walk over this. I say walk! Do not compromise on this if you believe it to be a moral issue! If you don't, you shouldn't make fun of other people's sincere heartfelt beliefs on this.


It is the HEIGHT of hypocrisy for Adventists to put unity before truth. Isn't that the entire reason they broke off from other churches? Remember they are Protestants! They base everything on the fact that one doesn't compromise--you break from a "wrong" church. Isn't that why they won't unify with their brothers and sisters in other churches? They are the first to break out in hysteria if anyone else suggests that unity should usurp moral principle or conscience.

If you believe this to be a moral issue. Walk out. Protest. Don't compromise on moral issues. 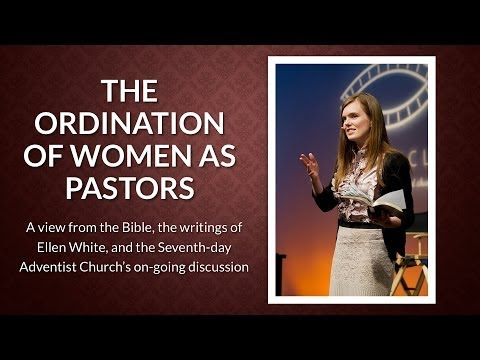 Now, having said that, I don't believe for the SDA church this is a moral issue. (And may I stress strongly, I believe it is a moral issue... just not for the SDA church.) Within their framework, within their heterodoxy, they are already so far from the mark of truth, that this doesn't even register compared to their other theological errors. This is like the Amish arguing whether they should allow computers in their businesses or not.

Secondly, and away from the first point, I see this as a possible great awakening for our SDA brothers and sisters. If there is a division... is it possible (and I tends towards romanticism probably) but what if... what if this helps open the eyes of a few Adventists and they join the full Body of Christ? What a miracle that would be?

Am I being overly hopeful? Is it a sin to want disunity for another denomination? I feel awful. It is like hoping someone will take a fall on their first motorcycle ride so they won't get back on and possibly kill themselves one day. I don't know, I am truly praying for the right attitude.

As much as I believe in the unity of believers, Adventism is a sect who refuses to take advantage of the spiritual wisdom of their older brothers and sisters in Christ. They are the petulant teenagers of Christendom. If there is any break in their stubbornness--perhaps they will find their way back home. Even a few....

I ask everyone out there--former Adventists as well as Evangelicals and Catholics, etc.--to please pray for the SDA church at this time. May God's will be done and may their eyes be opened to the wholeness of truth of the gospel.

Thankyou Teresa for your blog. I have written about this topic in my blog. This from the perspective of ex-pastor of the SDA church http://www.powerhouseblog.net/10-reasons-why-women-should-be-ordained-in-the-seventh-day-adventist-church

Teresa, where are you? We have been waiting for more current posts!
All the best, and Merry Christmas!
Ben

Ha, they won't allow it. Nor they will join other christian sect. People who threaten to leave won't leave, and people who leave will leave quietly.